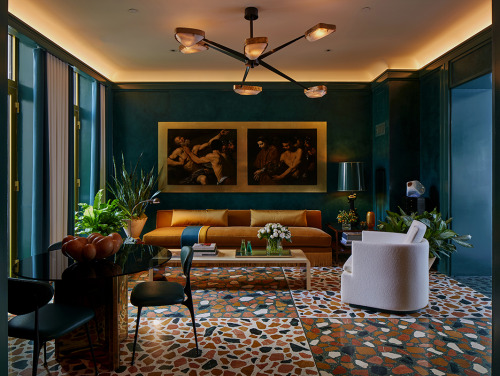 We are thrilled to have had our Cartwright Laterna Vases included in this stunning roomed designed by Sawyer Berson for Kip’s Bay Designer Showhouse. These vases are hand blown in Redhook, Brooklyn by a skilled artisan glass blower. END_OF_DOCUMENT_TOKEN_TO_BE_REPLACED 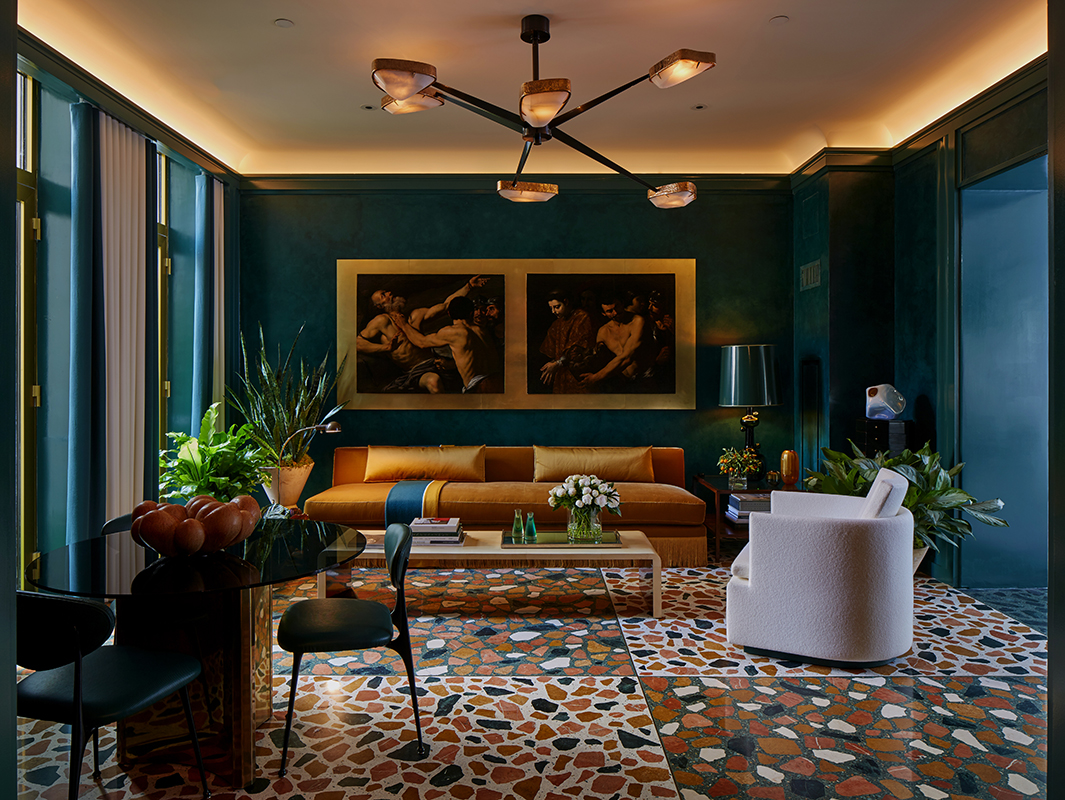 We are thrilled to have had our Cartwright Laterna Vases included in this stunning room designed by Sawyer Berson for Kip’s Bay Designer Showhouse. These vases are hand blown in Redhook, Brooklyn by a skilled artisan glass blower. END_OF_DOCUMENT_TOKEN_TO_BE_REPLACED 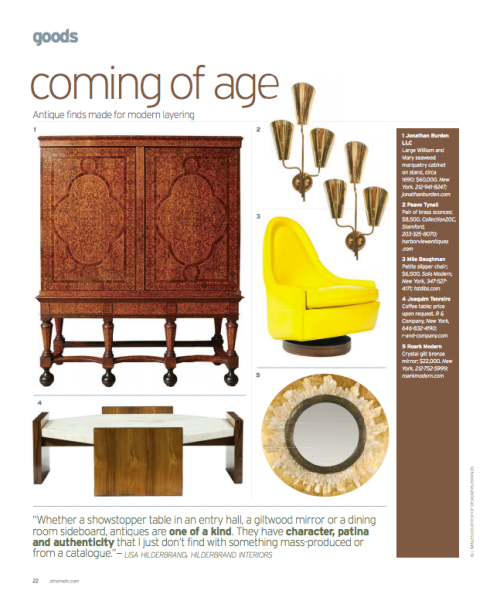 Our William and Mary Seaweed Marquetry Cabinet was featured in AtHome in Fairfield County Magazine! We especially like the quote by Lisa Hilderbrand of Hilderbrand Interiors:

“Whether a showstopper table in an entry hall, a giltwood mirror or a dining room sideboard, antiques are one of a kind. They have character, patina and authenticity that I just don’t find with something mass-produced or from a catalogue.” 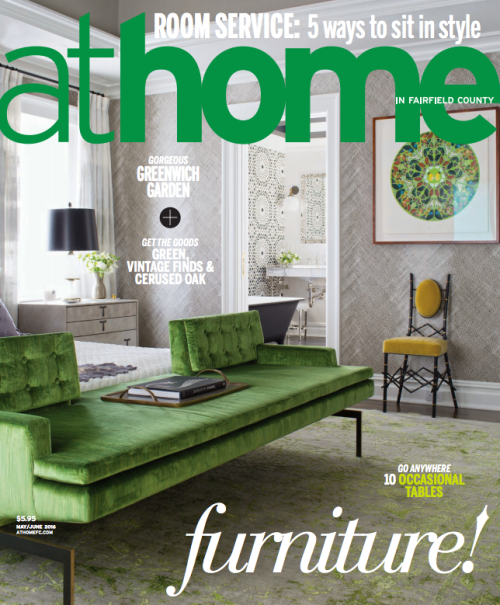 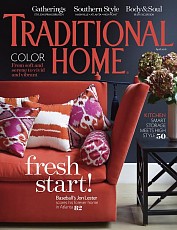 Traditional Home featured us in their April edition giving readers a glimpse of who we are and what we do! 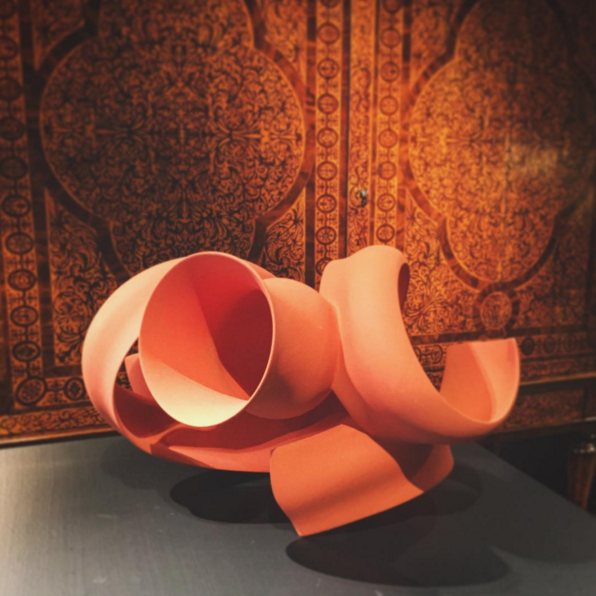 Photos from a special evening at Burden Gallery. Joanna Bird from Joanna Bird Gallery and Foundation presented a well researched talk – Ceramica: The Power of Installation.

END_OF_DOCUMENT_TOKEN_TO_BE_REPLACED 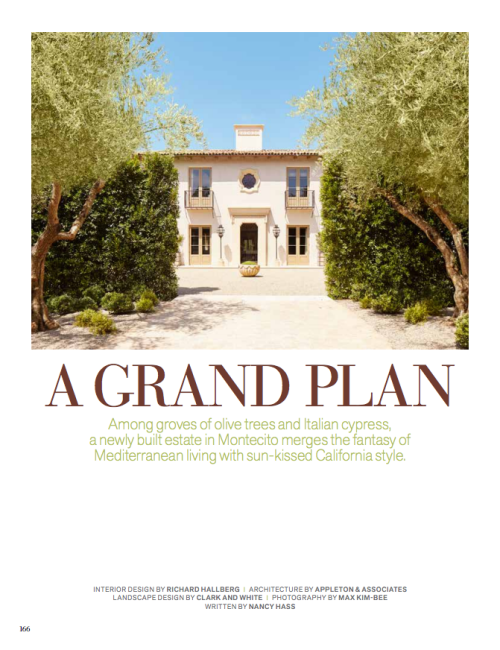 One of our BURDEN Contemporary desks featured in the September-October 2015 issue of Veranda magazine in a room designed by Richard Hallberg for a Montecito home. The desk can be made to custom specifications including dimension and finish. END_OF_DOCUMENT_TOKEN_TO_BE_REPLACED 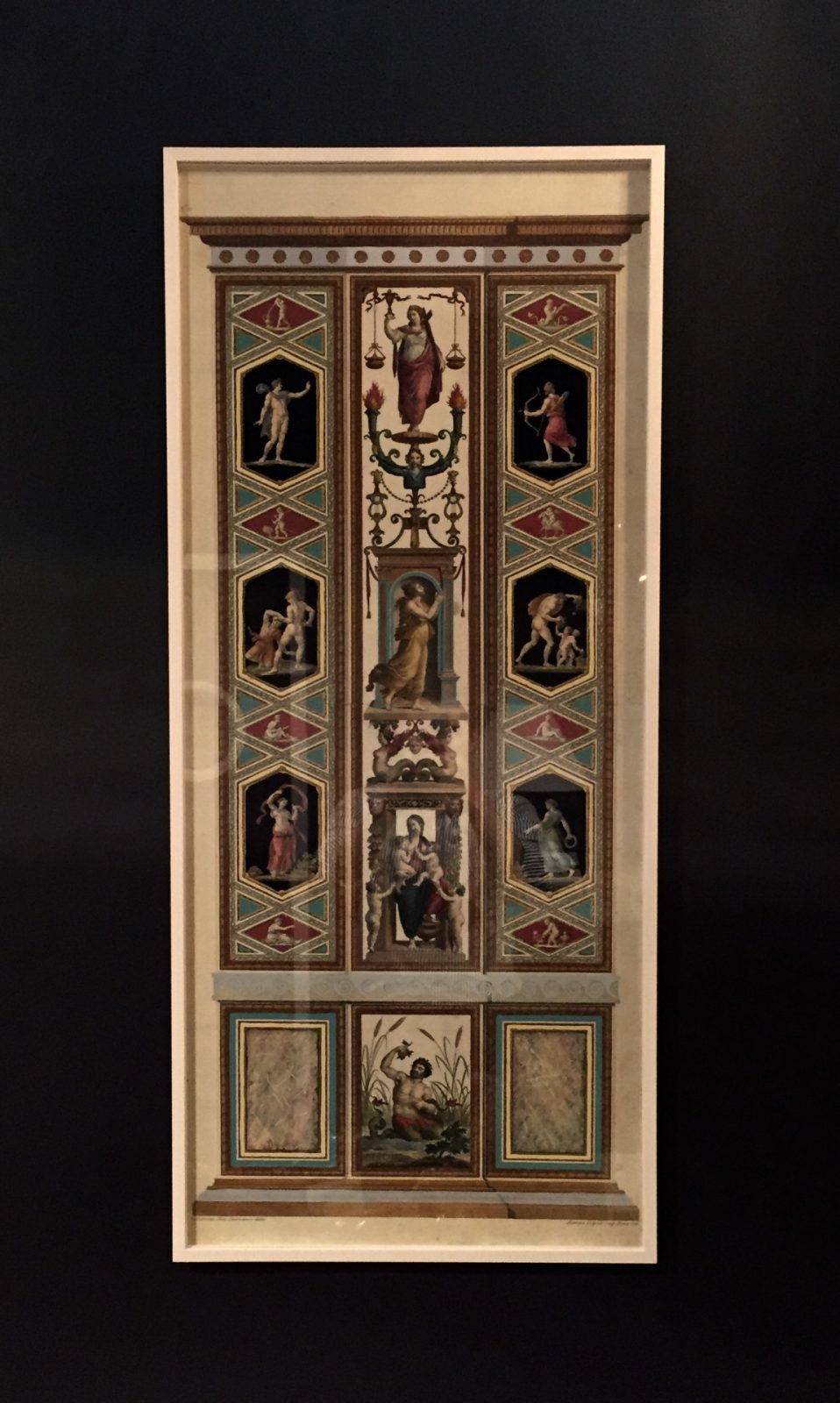 From a set of five, this fine copper plate engraving by Giovanni Ottaviani and Giovanni is hand colored in gouache.

Originally inspired by the monumental commission of Pope Leo X to have Raphael decorate the loggia of his private apartments completed in 1519, this engraving represents one of the most luxurious engraved undertakings of the 18th century.

Begun in 1518 and taking two years to complete, Raphael covered the loggia’s walls and ceilings with painted ornament in the antique style mixing formal and grotesque elements after a rebirth of interest in classical art. The loggia became known as “Raphael’s Bible” not only for its religious references but for the inventive quality of decoration.

In the 1760s, a second project was undertaken under the patronage of Pole Clement XIV to copy these already deteriorating

The project probably begun in the 1760′s under the patronage of Pope Clement XIV, sought to copy the already deteriorating frescoes of Raphael. The craftsmen employed included the painter Gaetano Savorelli, the draughtsman Ludovico Teseo, the architect Pietro Camporesi, and the engravers Giovanni Ottaviani and Giovanni Volpato. Wherever the frescoes were too badly damaged to recreate, designs from Raphael’s frescoes were used in their place. The result is another amalgam of classical design elements, though the 18th century engravings remain relatively true to Raphael’s original work. 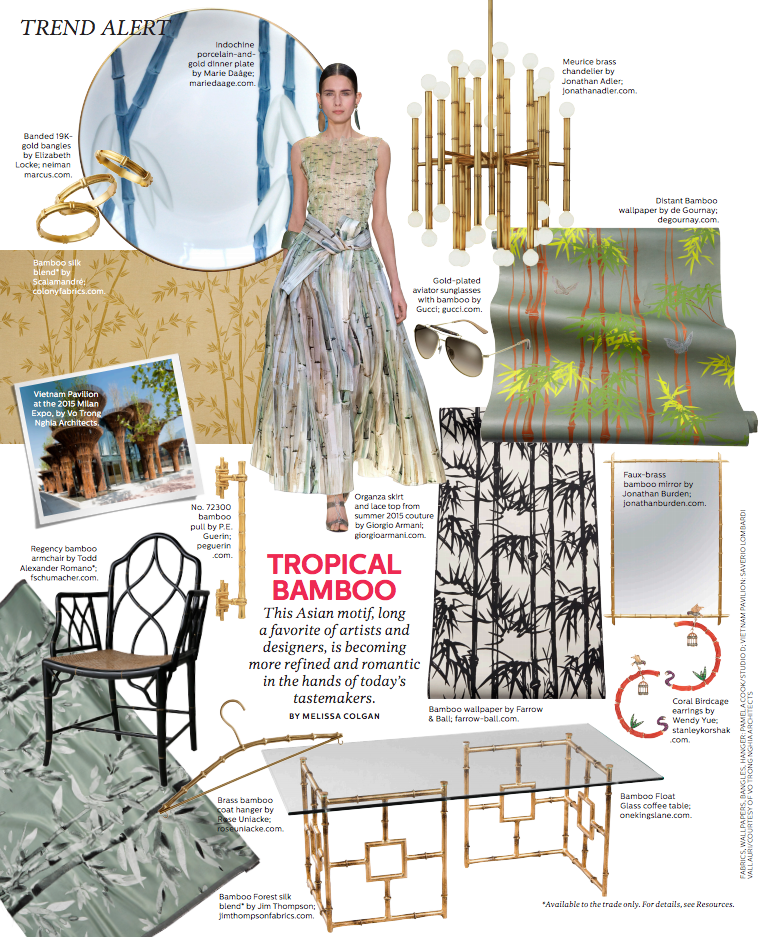 Elle Decor features our Bamboo Mirror in the Trend Alert of their October 2015 Fashion edition! 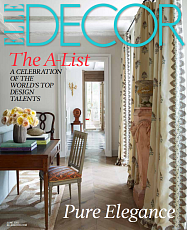 Designer Emma Jane Pilkington uses an Ebonized Anglo Indian Center Table from Jonathan Burden along with a mix of European antiques in the front hall of her Greenwich, CT home. 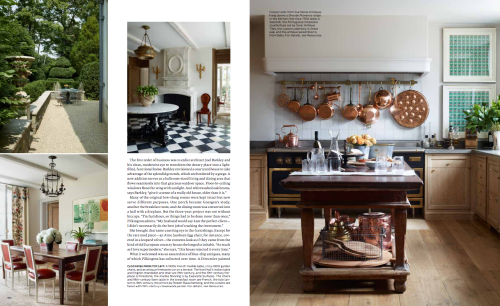 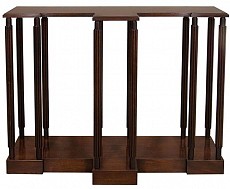 Architectural Digest editor Mitch Owens interviews Jonathan about our partnership with the Soane and the renovation of the Model Room at the Sir John Soane’s Musuem.